Create, code, and
learn with us in Porto

Join us in the playground of the future for 3 days

Registration is open until September 2nd

A different kind of hackathon

Make or Break is 3 days of fun and learning, for everyone.
Step out of your comfort zone and join us and many other developers.

The competition has 2 main phases:

We've got everything you need to get your creative juices flowing: amazing mentors, yummy food, and a kickass chill-out zone!

Please check the regulation before applying. 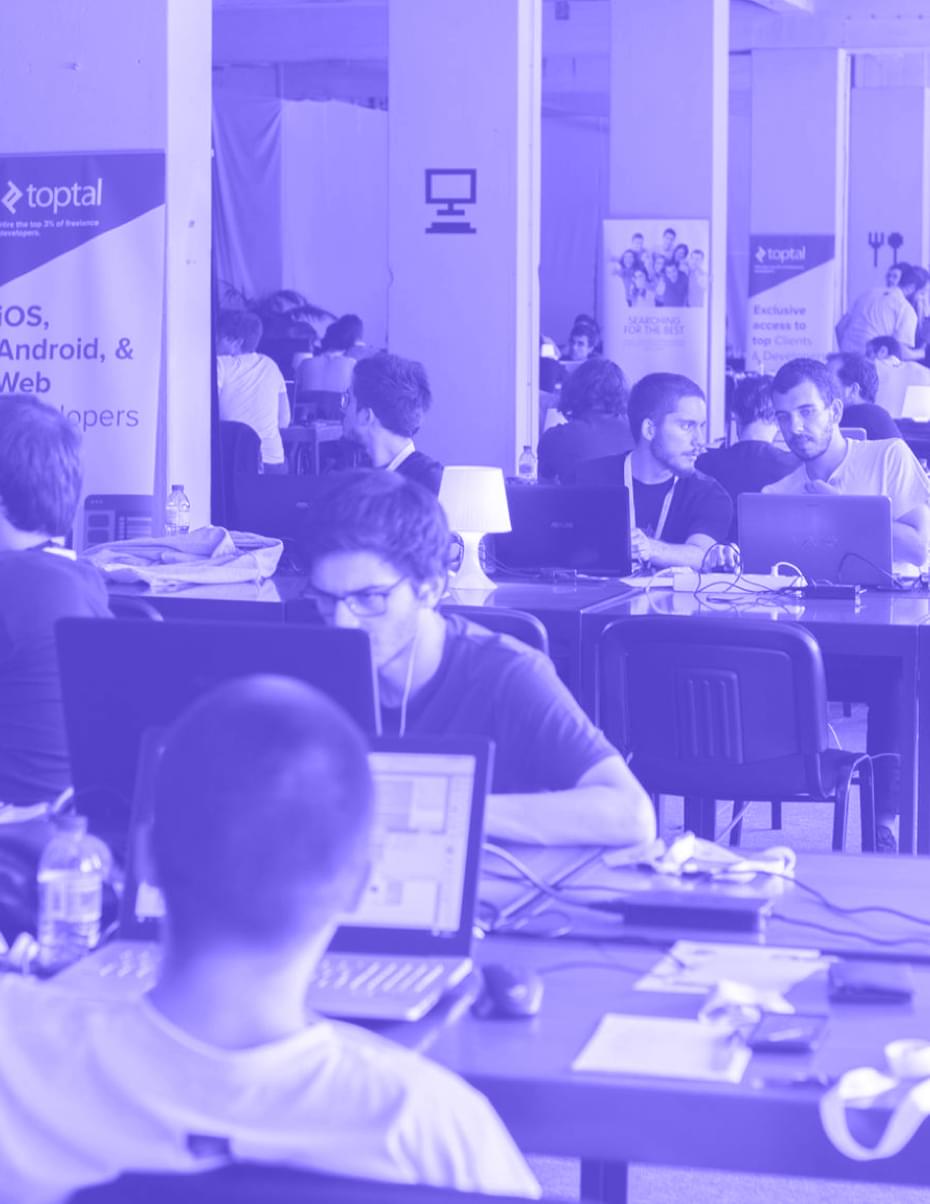 Learn from the best while having fun

Make or Break is all about learning different subjects, from hardware to software, from recreational to serious.

Prepare yourself for 3 days of workshops with amazing people working in the industry.

It's a non-stop 3-day marathon!

My First Game with Unity3D

Work and workshops all day

Introduction to the Arduino ecosystem and the Internet of Things

A Server From Scratch — A DevOps Primer

Join us while registration is open until September 2nd!

Amazing prizes for the best projects

Make sure your project shines in at least one of our 3 categories: funny, useful, or hardcore!
We will award 3 different teams (one per category) and each member will get a prize.
Don't forget to read our rulebook. 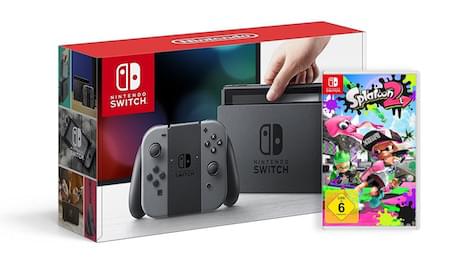 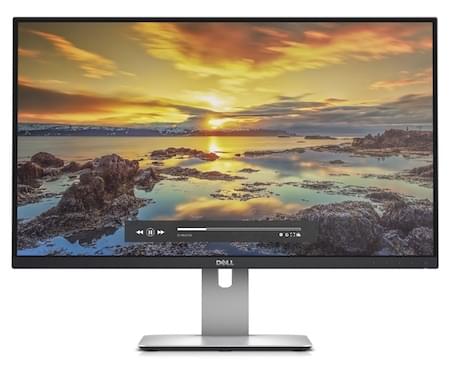 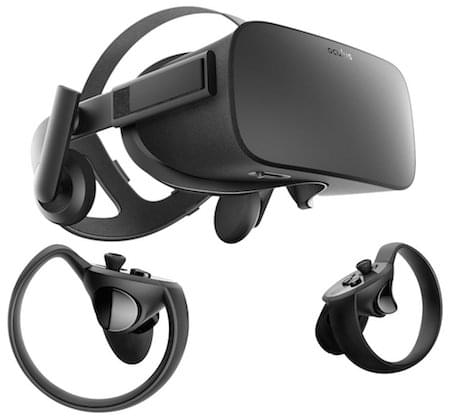 We have amazing partners and sponsors once again

We're always looking into bringing more talent, diversity and great ideas to our event.
Help us spread the word by sharing in your social networks.

Cleaning and caring for your computer, is it really needed? What for? It is not supposed to keep working for years without opening it?

Some questions that probably none of you asked since you own a computer. Maintaining your machine isn't hard, but it can be scary.

The truth is: no one cares about it or thinks it's worth the effort. Then, you start complaining that your machine "is becoming slow", "gets hot and shuts down" or even that "it broke right after the warranty period, the manufacturer does it on purpose so I need to buy a new one."

After this workshop, all above questions and complaints will disappear and you will have your computer as good as it came out of the assembly line or, in some cases, even better.

Participants have to bring their own computer, otherwise they can't clean it. 🤓

Currently working at Abyssal developing software for deep-sea remote operated vehicles. Has 9 years of experience in software engineering with experience in too many programming languages. Can say with confidence that hates all of them a little. It has a serious problem with duplicated code and loves to do code optimizations, some of them not very useful. He also has a special appreciation for hardware, mainly by disassembling stuff and put it back together, although these sessions eventually lead to the question "Um, where does this screw go"?

Participants have to bring pen and paper.

Once a coder, he taught himself design. And so can you.

A Server From Scratch — A DevOps Primer ×

A Server From Scratch — A DevOps Primer

You might've been taught how to leverage outside services and frameworks as needed, to write your own solutions on the technologies most appropriate to you and the problem, and how deployment isn't really your problem. This is not completely incorrect, but this is an outdated way of looking at things, as it doesn’t take into consideration things that are found valuable (and for some, critical) in today’s agile world — fast iteration, high reliability and continuous integration.

'DevOps' is a term with multiple definitions, depending on who you ask. You won't come out of this workshop a fully certified DevOps person, but chances are you'll find some appreciation for how better everything works together. We’ll bridge the divide between Dev and Ops by getting your hands dirty with a couple of more Ops-sided tasks.

We'll start from scratch and create and configure something that will be of value to you in your future endeavours — your own server (that you can “take home”) hosting a number of valuable services: a webserver for running a blog or your already existent personal website with HTTPS, a torrent service that you can use from anywhere, and your own (and private!) GitHub-like repository to store things too precious for this world. All of this while shining a light into how all these things click together — and all via the command line, so you can feel like The One while doing it!

Participants have to bring their own computer.

João is a Software Developer working for Life on Mars, with an MSc in Informatics and Computer Engineering from FEUP. Cursed with an itch for automation, you might find him drifting through the internet wondering how the tubes could tube better.

So you're missing some gears, or maybe you lost a screw or two, and so you feel the need to fire up the old 3D printer and print some replacement parts.

Just as you are about to start drawing stuff, have you considered parametric design? Do your parts fail to fit together properly? or maybe you have a programmer's streak? Perhaps you will need to print the same part over and over again until it's right (trust me, you will). In those cases parametric design might just be useful.

This workshop will be divided in 3 parts:

Anyway, if you feel that writing code that will design parts for 3D printing sounds like a good idea, this might the workshop for you.

Rui has approximate knowledge of many things. Experience with a couple more. In this case what we actually care about is his extensive experience working in the 3D printing biz @BEEVERYCREATIVE.

You can check him out on https://pt.linkedin.com/in/ruiteixeiraeng if you care about the other things.

My First Game with Unity3D ×

My First Game with Unity3D

By the end of this workshop, you’ll have created and be able to play Super Angry Bowser, a 2D Angry Birds clone game using your newly learned Unity3D game development skills. This game encompasses the following features:

For the sake of briefness, some other game essential features will not be included in this tutorial (score, leaderboards, persistency of data, etc.). However, the bases will be set for you to explore Unity3D and add other things as you see fit, even well after the workshop is finished. Maybe some powerups, enemies or whatever you can think of. Let your imagination run wild.

The goal of this workshop is to present the Unity3D game editor, a tool that can be used for the development of cross-platform games. More specifically, this workshop will focus on slowly introducing Unity3D’s features as a 2D game is developed in it. As such, this workshop is adequate for people who have some programming background (OO, such as Java or C++. Ideally C#) yet new to the game development scene using Unity.

The workshop revolves around the development of the game using already made assets (textures, sprites, fonts, audio clips), focusing on the Unity editor and the coding required to create such a game. The workshop will be very much hands on, with every participant being given access to all of the games assets, a written step-by-step tutorial, a compiled version of the game and the final project of the game, just in case they want to repeat the whole process at their own pace.

By the end of the workshop you’ll have a Unity3D project, made by you, of the awesome Super Angry Bowser game, as well as all assets and materials from the workshop. And you’ll be able to take on a new, small scale 2D project using Unity.

Participants have to bring their own computer, and must have knowledge of any OO programming language (ideally C++, Java or C#).

João is an Invited Auxiliar Professor at the Informatics Engineering Department of the Faculty of Engineering of the University of Porto. His PhD thesis, under the topic “Estimating player performance and adaptivity in exergames and location-based games”, focuses on methods to foster the development of adaptive games that make use of the players’ context (“where” and “how” is the player playing).

Currently working as a Senior Researcher in INESC, in the H2020 project BEACONING, he’s looking into means of bridging learning content and game mechanics with the ultimate goal of bringing fun and engaging games to the classrooms. He's also participating in several projects in the fields of mobile multimodal games and virtual reality, just for the heck of it.

Introduction to the Arduino ecosystem and the Internet of Things ×

Introduction to the Arduino ecosystem and the Internet of Things

Developments in microcontroller technology have made it easier than ever to empower electronics projects with internet connectivity. Armed with very basic notions of electronics, programming and networking every junior engineering student has, this workshop will show you how to consolidate all that knowledge and put it to use to build and connect real-world circuits and devices to the internet.

We will build simple circuits using Arduino-like platforms and electronic components, like using temperature and humidity sensors and displaying its readings on a character LCD screen or using a relay switch to control a light bulb. We’ll then use the networking capabilities of the ESP8266 microcontroller to do prototypical Internet of Things tasks, like logging the sensor data with the help of a cloud service, or how to control your physical circuit’s on/off state from a web page.

Participants have to bring their own computer, but we’ll provide all the needed electronic components (and yes, you get to keep them after the workshop!).

Mário is a full-stack web engineer working for Life on Mars, with an MSc in Informatics and Computer Engineering from FEUP. Always a geek at heart, he’s happy that he gets to do what he loves everyday and get paid for it.

João is a web developer also working for Life on Mars, with an MSc in software engineering from FEUP. Passionate about all sorts of software and product development, loves to create and make all sorts of things come to life.